About The Network Studios, Inc.

The Network Studios (TNS) is a professional audio and video recording studio based in Los Angeles, California. We specialize in a variety of new media related services, including VODcasting, Podcasting, Voice-Over, and Consulting. We are a services company. We help businesses and individuals produce high quality audio and video content, while managing all technical aspects of the production and deployment process. We produce a variety of original programming, including genres such as talk entertainment, sports, food, health, relationships, comedy and social/political commentary.

In January of 2012, Michael Casentini, an aspiring comedian and small business owner of a website development business, founded “The Network Studios” out of his 1 bedroom apartment in Los Angeles, California. 8 years ago, with just 4 microphones and a roster made up of mostly comedic talent from Mike’s friend pool, began to help produce Podcast shows in a serial capacity. Over time, he continued to improve the studio environment, adding 4 more microphones as well as other devices and solutions, which have helped the company expand into new services including a live streaming video option. Today, The Network Studios has over 80 serial shows, who produce on a regular basis, both Podcasts and VODcasts and have serviced over hundreds of customers around the country and the world. We’ve accommodated businesses and individuals traveling to Los Angeles from cities around the country and the world and have produced over 8,000 episodes of original content. 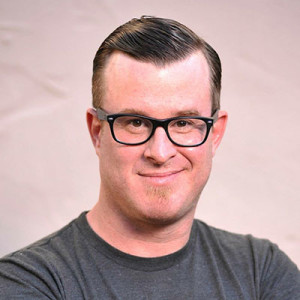 Mike has over 25 years of experience dealing with all things media-related, including website development, video and audio production, mobile apps and print work. He’s produced over 300 websites for businesses and individuals, including some high profile clients in the entertainment industry. Mike has created several companies to fulfill the different needs that have arisen over the years. These companies include, “Mike Casentini Design (1994-2013),” a website design business specializing in custom website solutions. He’s also the founder of My Fault Films (2006-Current), a video production company specializing in short and feature-length film production as well as Television and Internet distribution. Mike’s role at The Network Studios is to oversee all aspects of the business, as well as working directly with the talent in both development, production and post production. Mike personally creates each individual show’s website, and manages the maintenance of the site’s content and applications. Mike is also responsible for managing all revenue-generating realities, including sponsorships, subscriptions, affiliates and other monetizing services and solutions.